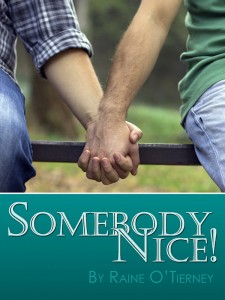 PHOTO DESCRIPTION:A man stares at the camera, a hint of a smirk on his lips. His stubble-covered chin is tilted slightly down, and he has intense brown eyes. His black, gray, and white checkered shirt is open revealing his collarbone and a bit of chest. He wears a fisherman’s cap, hiding his hair. Only his ears peek out. Freckles cover his brow, cheeks, and chest. There’s an old scar on his left cheek.

Looking for: a nice person! Who loves dogs! And children!

This is Danny, he is a very nice person and he is very funny, but I think he is lonely. He helped me when my mom wanted to sell me to a reality show and now I live with him and I wanted to do something back for him so I want to find someone for him, because he has only me and Bunny, that’s his dog, who is really big. And I’m 7 years old and Danny is 35, which is really old, but that doesn’t matter he looks younger. Miss Portwood, my teacher said I need to say what Danny likes to do and he likes to walk with Bunny and work out and play football with me and Bunny and he works also, I think he is a police officer or something, he has a really cool car! And he has a ring in his nipple, which I think is really ouch, but he says people like it. I don’t understand why but Danny says I need to be older but I’m already 7.