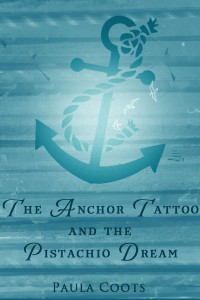 PHOTO DESCRIPTION:A man with sandy hair, shaved close to the scalp. His facial hair is similarly close-cropped. He’s leaning his head back, with eyes closed. There is a tattoo, a skull with wings, centered on his well-developed chest, and his upper arms are vibrantly tattooed, as well. His abs are pronounced, but not in that body builder way. He looks strong, but his face shows a hint of hidden pain, or perhaps the after effects of overexertion.

STORY LETTER:Dear Author,I go to the gym three or four times a week. Not because I’m about getting fit and buff, but because I have a bit of an ice-cream addiction. Spending some time on the elliptical means I can eat as much as I want, almost guilt-free. He started coming into the gym about six months ago. I’d never seen him before, and I’d been going there for about two years. He looked like he could bench press a small car, and I would have been happy to have him bench press me. The best part? The tattoos. A couple of times, I’d found myself getting ever closer and had to scramble to avoid an awkward, weird, stalker kind of situation.

The thing was, my mom taught me growing up that guys with tattoos were scary. We’d actually run out of gas one time after she refused to get gas when she saw the attendant had tattoos. She’d never tell me why, but she’d cross the road to avoid them and was always telling me to stay away. But like most kids, the more your parents tell you to avoid something, the more it fascinates you. I hadn’t yet worked up the nerve, I wasn’t sure I ever would, to get one of my own, but men with tats? Oh, God, I wanted to lay down and purr and rub myself all over them. I’d had the pleasure of doing so a few times in my short twenty-four years, but this guy, damn, he was all my fantasies come to life.

I’d love to take the first step, but if he’s straight, and offended, I’m toast. But he’s so yummy. Like triple chocolate with caramel swirls and sprinkles on top. What to do, what to do?Sincerely,Tattoo obsessed guy