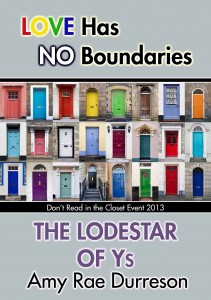 PHOTO DESCRIPTION:
The photo shows an intense, dark-haired young man, clad all in leather. He is holding a drawn bow and arrow and aiming upwards into the forest.

His younger brother was supposed to marry the prince of their neighboring country and so form an alliance against the Perth Empire. Good thing too, that it was his brother, since Sjurd couldn’t stand the bookish princeling and that feeling was mutual. His brother’s fiancé thought him brutish and dumb; at least, he managed to insult him every time they met.

All would be well, if his selfish brother didn’t elope with his best friend— a Lord of the realm, and their second cousin. Now Sjurd, the heir apparent, has to honor the marriage promise or risk war, which they couldn’t afford. Even worse, he has to actually go on a month-long honeymoon, with a guy whom he can’t stand and has nothing in common with— or does he?

Please let those guys make their marriage of convenience work!