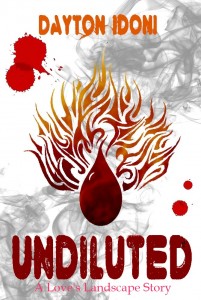 PHOTO DESCRIPTION:
At war with the shadows, a young man conjures a weak shell of smokeless flame about his body. The darkness in his dirty, dank surroundings is split asunder. Cut away by the youth’s amber light. He stands defiantly, half-naked and half-starved, bathed in the blossoming heat which bends to his will. Gazing forward, his mind wonders. Yearning for companionship; desperate to escape the life in which he is trapped, while dreaming of solace.

STORY LETTER:Dear Author,He was stumbling through the streets without any goal in mind. It was getting colder. He should be searching for a place to sleep, but he kept walking. Today was a bad day. Scratch that, the last eight years were bad. Ever since he realized who he was, what he could do, just how powerful he was, his weeks were full of bad days. He couldn’t trust anyone. Those who didn’t want to use him for their own goals were afraid of him and wanted to see him dead. He wrapped his arms around his skinny upper body, trying to stop the trembling. He was starving, and the thirst was making him dizzy. His control was slipping, he could feel it. The air around him was getting restless; he heard the ground under his feet cracking, and felt the fire under his skin trying to break through. He was just thankful that it wasn’t raining.

They came out of nowhere (or maybe he wasn’t paying attention). Before he had a chance to run away, he was lying on the ground his hands instinctively wrapped around his head. They kicked him, and shouted at him. He couldn’t understand what they were saying; too busy listening to his own thoughts. He almost wanted to laugh. He could easily kill them all; it would be a matter of seconds. But he didn’t do anything. It wasn’t that he wanted to die per se. It was just that he was tired. Tired of running, hiding. Of not being able to trust anybody. He didn’t even flinch when the shot came.

It was on his way to get some food when he heard the shot. Without thinking he started to run, drawing his gun. But he wasn’t fast enough. When he ran around the corner he saw a black SUV starting to drive away, his shouted “Stop! Police” was more than useless.

He was about to look at the license plate when he heard a soft whimper. Lying on the ground was a body. The Man was tall, maybe a few centimeters smaller than him, skinny, and clothed from his head to his feet in black. He wasn’t moving. But what made him hesitate to approach the hurt man wasn’t that he seemed dead. As a cop, he had seen many things he rather hadn’t. In particular, cases involving Elementals were especially gruesome. But that was something else. He had never seen something so disturbing and so beautiful in his whole damn life. The whole body of the kid (now that he was near him he saw that he couldn’t be much older than 18) was on fire. It surrounded him like a shield. A bullet hovered only a few centimeters above his throat, stopped mid-air in the glowing wall of fire, saving the kid’s life. A soft sob drew his eyes to the kid’s face. Black hair, red, full lips and shocking pale skin distracted him for a second. But the bruises that were slowly appearing on his sharp cheekbones and the blood that was trickling from the corner of his mouth threw him back to the situation. His hand closed around a bony shoulder, shaking him carefully.

The kid’s eyes fluttered open. He got an impression of dark green eyes before they closed again. A chuckle escaped the kid’s lips:

“Figured I wouldn’t die… story of my life”

Suddenly the fire surrounding the kid was getting brighter.

“Please, no hospital, please… they’ll find me… please” he mumbled, his words almost indistinguishable. The fire was starting to fade away.

“What? Hey, no! Stay with me” the fire disappeared

Author’s NoteI want to thank Sofia for her additional input during the early steps took to create this story. I’d like to thanks to my friends, Kerry and Michael, for beta reading the initial (and somewhat messy) story. And finally, I want to shower masses of gratitude upon Astrid for her phenomenal editing, along with her arsenal of beta readers. You’ve all been amazing!

With regard to the story, I hope that those of you, who have persevered through its pages, enjoyed the adventure! This is the first time I’ve ever written to a deadline, and I’ll admit, I found it incredibly tricky. I think I was a little over-ambitious with the story line and tried to cram in the plot of what could have been a 150,000 word story, into 38,000 words. I’ve ended up chopping out a lot of what went off in my head, because there simply wasn’t enough time to squeeze it all in. However, I thoroughly enjoyed writing this story and the prompt was marvelous! The whole experience was awesome, and I’ve certainly learned a lot from it. To all those who make this event possible, hold your heads high with pride; you’re doing a grand job!