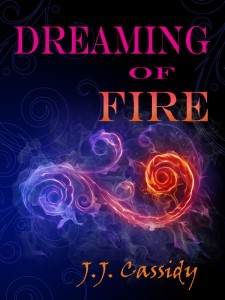 PHOTO DESCRIPTION:A lean male holds a drape of red cloth around his hips with one gauntleted fist, while the other hand rests on his head, the position displaying his muscular arms and torso to perfection. His long, dark-blond hair blows around him, blending with swirling mist. A ghostly full moon glows over his shoulder, and obscured weapons form a horizon below a dark sky. Around his neck is a gold chain with a round ruby pendant.

STORY LETTER:Dear Author,Naxom was orphaned at five and taken in by a monk of the secretive Order of Cett. He and his wife raised Naxom as their son. Outside the Order, Cett is often derided as the god of nothing because he never claimed dominion over anything. But to those special few who have been called, Cett is the god of all― warrior, scholar, woodsmen, mage, sailor, smith― whatever he desires. Like their god, those of his order must be everything, yet nothing.

Naxom’s father has sent him on his first mission― it is as simple as it is hard― find his other. You can tell the story from the POV of Naxom or the “other,” but not both. (You may change Naxom’s name and/or Cett’s if you wish) The “other” need not be human, but no vampires, werewolves and preferably, no shifters (though a magical creature who can take human form but is not part of a shifter pack or the like is fine). I do not necessarily see a HEA or HFN, as members of the Order lead dangerous lives, but HEA/HFN is a possible outcome for Naxom. This can be high fantasy, urban fantasy or sci-fi however you see it, but there should be magic and warrior skills of some kind as those are some of the skills Naxom will have mastered by the time he sets out to find his other.Sincerely,Andrew