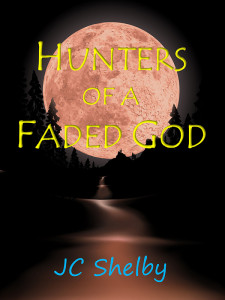 PHOTO DESCRIPTION:
Two fully dressed young men lie together on a bed as sunlight streams in through a thin, translucent window shade. One has blond hair and wears a white short-sleeve shirt; he is on his back, head turned away to the left to face his companion. The smaller dark-haired young man, wearing a red-striped shirt, is on his right side, eyes closed, his left arm flung over the waist of the blond man. Both seem at peace.

This is how we were last time I saw him. Well, the truly last time I saw him was five minutes later when he was being dragged out of my flat through the broken-in door by armed men. Another one stood by making sure I would not do anything stupid― like try to stop Them.

Now I go about my life, keeping my head down. To this day I don’t know what happened. All I know is that at the time he wasn’t confused or surprised― terrified, yes, but not confused. What had he hidden so well from me? And why should I care? We hadn’t dated for even four months before he was gone and with the added threat-veiled-as-advice from Them it should have been awfully easy to forget all about him, right?

The reason can be sci-fi, mundane or paranormal/urban fantasy, but not vampires/shifters/werewolves. Some kind of road trip would be a bonus but not a must-have. And of course, HEA please.

Acknowledgements
I would like to first thank my betas, Karen and Michelle. (Karen, I especially couldn’t have done this without your support and brainstorming.) Also Liz, for letting me whine during the writing process. I would also like to extend a big thanks to Raevyn (for putting up with my deadline breaking), my editor Debbie (I learned a tremendous amount from your comments), and all the volunteers who make this event possible. And finally, I would like to thank Barbara for the prompt. I hope I did it justice.

Note:
—Each month is a full lunar cycle. The moon usually shares the name of the month, although some months the moon may have other nicknames as well (most commonly Lovers Moon and Hunters Moon). Leap years will contain a thirteenth month, a Blue Moon.