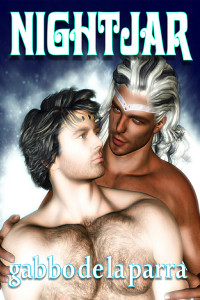 PHOTO DESCRIPTION:
Two ancient warriors on the deck of a ship. The first has a battered helmet with white horse hair as adornment, his eyes look into the distance. He is slightly arched upward because the warrior behind him is holding his throat in a very possessive manner; this second man is crowned like a king. Their bodies are intimately united as the groin of the warrior-king dominantly curves over the other’s backside.

It seems the King has taken another consort. He’s infamous for seeing something he wants and taking it, especially after battle when he needs to syphon off aggression. Who needs consent when one’s word is law in the realm? Judging by that soldier’s calm face he well knows what he’s in for and knows better than to resist too much, or too little, with other eyes upon them. Of course this battle-hardened man might be more than the King bargained for once they’re in the relative privacy of his chambers.

Kings aren’t well-known for their generosity in bed. I might go so far as to say they can be a bit careless of others’ enjoyment. So my question for you, Dear Author, is whether this soldier is turned on by all the manhandling and disregard for his satisfaction, or if he will challenge his liege and get some of his own back. Does the King crave submission from his lovers when all he gets is resignation, or will a challenge light his fire? Either way, I’m sure it will be hot.

Drop these two into any context you please. Historical, futuristic, fantasy, role-playing in leather, I will gladly read any of them. I’m not squeamish so take the non-con/dub-con as far as you like. An HEA isn’t necessary, but I’d like for both of them to eventually get what they need out of the time they have together.