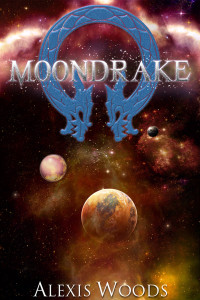 PHOTO DESCRIPTION:
Filthy, naked from head to toe, nothing but a pair of cutoffs. His prominent erection tenting his pants. How did he wind up here? In this prison? Who did this to him? And who was he thinking of? His head is turned and our gazes met, his pupils blown inside green and gold irises. His hand extends, imploring, asking to be saved.

I once was a cargo ship captain, straddling the line between the law and the bandits that roamed the galaxy. I had a good crew and a simple life. That was until my ship was captured by an unknown alien race. They enslaved me and my crew and made us into pleasure slaves.

Here is where the story becomes yours― Was I sold and did I come to love my master? Did I find relief in my submission? Did I struggle and escape with the help of a secret lover that came looking for me? Was I rescued and come to fall in love with the military officer that liberated me? Or something altogether different?

No incest or cheating (though I don’t think the story lends itself to either of these). It can be sci-fi or fantasy (with no humans at all and magic!). Have fun with it. I like humor as well as a dark edge. I want love and sexy times please!

Author’s Note
Much of this story has hints of Norse mythology and gods, and while mostly accurate, I took liberties with spellings and usage. The vocabulary consists of a mixture of both true foreign language words (misspelled or spelled phonetically) and words I created. I attempted to keep these creations sounding as close to the Norse stronghold of our world― Norway, Finland, Russia― as I could. A glossary is included at the end of the story. One note of pronunciation: An “ss” beginning a word denotes a slurring of the s sound and “sss” is for a hissing sound.

Acknowledgements
While I had the basic premise of Moondrake outlined in the early writing, it wasn’t until I teamed up with the amazing brainstorming power of one, KC Faelan that it all came together. Night after night the two of us stayed up late (well, I did, she’s three hours behind me), picking over whatever I’d written that day apart and putting it back together again. First person to third person to flashbacks to none, version after version, she stuck by me and already has me planning a sequel. Thank you, KC. You’re the best!

I also want to shout out to Francú “Wulf” Godgluck, Jonathan Penn and Jacob Lagadi. Wulf likes to verbally threaten me with acts of punishment over ‘shrugging of shoulders’ and other silly mistakes, weeding out my problems and prodding me to be the best writer I can. It’s a two-way street― I do the same to him― both of us benefiting and growing as writers. He also created the fantastic cover for Moondrake. So hugs, Wulf. Love you.

JP and Jake: Again, many thanks for your hours of reading and beta skills. You’ve been with me from the beginning too. Toda! Thank you.