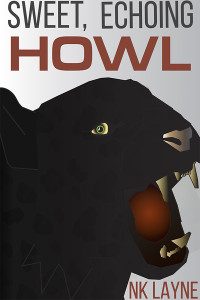 PHOTO DESCRIPTION:
Photo 1: A shirtless androgyne is immersed in the woods, swaying with the confidence of an Amazonian. The androgyne is stalked by a black leopard wearing the facial expressions of a predator going in for the kill, but with the soft eyes of a guardian, emitting a green light over the androgyne.

Photo 2: One paw up and eyes wide open, a black leopard is making its next move.

I had always felt different to the others around me as I grew up. I mostly thought it was because of my tendency to not settle on a gender, oft times dressing as either male or female and sometimes even both together. Then I had my 21st birthday and everything in my life changed. I found out that my late parents had had a secret and now I had to learn how to hide it too. Mind you changing into a leopard in the middle of Main Street was probably not the way to do that.

Thank you to whomever picks this. I look forward to reading what you create.

n.b. Please feel free to change everything except the ‘gender fluid shifter’ aspect of the prompt and please give me a HEA. No goes are incest and rape.

Some characters in the following story use gender neutral pronouns. Here is a helpful guide for those unfamiliar with trans culture:

Genderqueer: a person whose gender identity is neither male nor female

Queer: non-heteronormative people; can be used as a slur, however, recent LGBT movements have focused on reclaiming this word; is also used in academic spaces to refer to the study of LGBT issues

Trans: someone who is on the transgender spectrum